July 23, 2015
Back to performance measurement commands


Free command is frontend to /proc/meminfo file. It provide more human readable output to show you the total amount of free and used physical and swap memory in the system, as well as the buffers used by the kernel:
$ free -m


With this command, vmstat execute every 3 seconds and stop after executing 5 intervals.

-s, --stats Displays a table of various event counters and memory statistics.  This display does not repeat.
$ vmstat -s 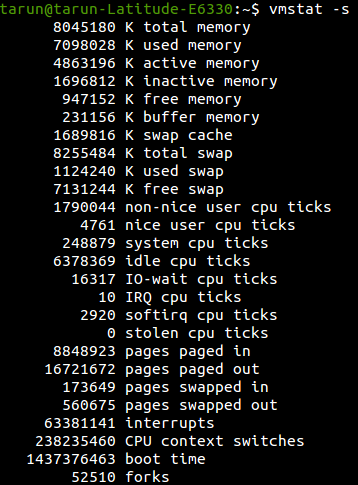 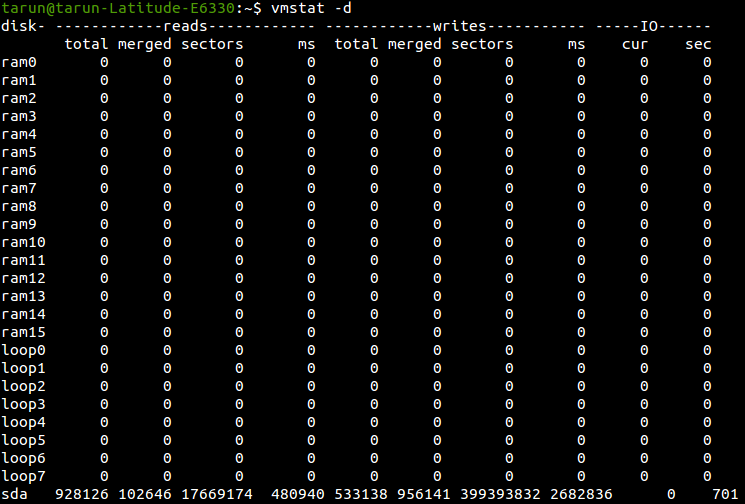