December 01, 2016
Just use https://jmeter.apache.org/usermanual/curl.html and no JMeter proxy etc needed : )

Though it is quite east to convert curl requests to corresponding JMeter request. At times you might be stuck with issue like I faced when uploading a file with JMeter HTTP request

In a gist I kept getting 404 error when using REStful service to upload a file. After days of investigations I found it that I should be using HTTP request implementation java and not HttpClient4. JMeter HTTPs Test Script recorder was of great help to debug this issue. This post describes the process of recording curl request through JMeter HTTPs Test Script recorder.

If we were using browser to record web application then we would configure its proxy to 127.0.0.1 (Since http proxy server would work on localhost) and port 8090 - 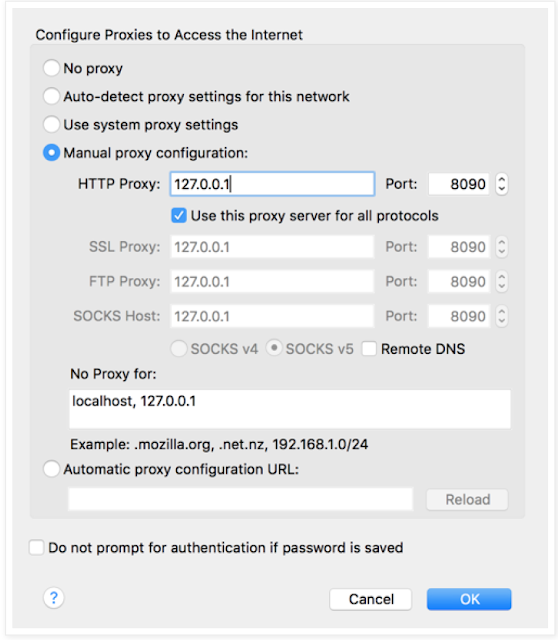 Any way, we are not going to record browser actions but a curl request.

In the end Test Plan would looks as - 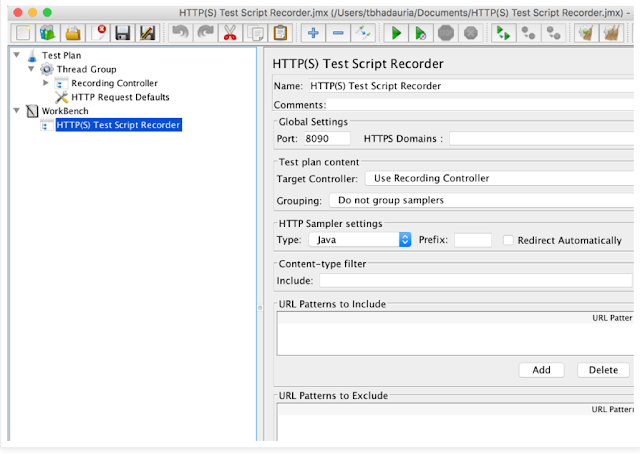 Notice that I also added flag "k" to turn off curl's verification of certificate. Now hit the "Start" button on HTTPs Test Script Recorder and execute curl command. Following this you would find recorded elements under Recording Controller as following - 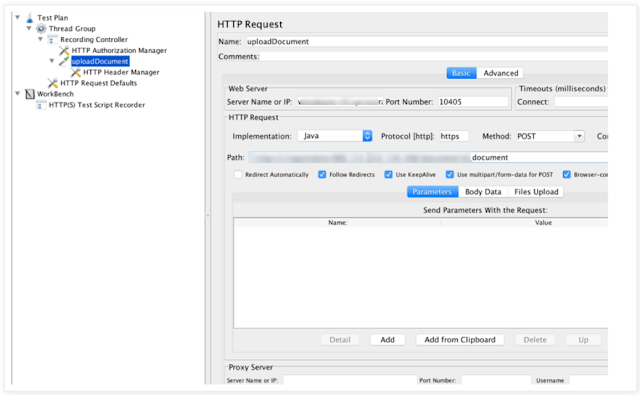 And this solved the issue of 400 error when uploading document using JMeter :)