What when your employer kills software testing job? 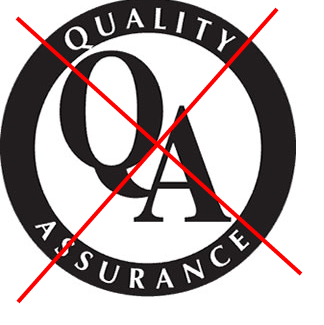 Few months ago I faced a situation wherein my employer decided to stop having software testing job. Development teams were tasked to carry out QA /Testing activities along with development tasks. Only time would tell how successful or disastrous it turns out to be but my QA colleagues and I were faced with difficult times especially when many of us were in a foreign country. Test automation engineers were given the option to switch to development but I decided to not switch. I decided to continue with in the field of software testing which eventually resulted in me finding a new job. Here are my thoughts on what you can do if you also face this situation when your software testing job is killed -

How can you save resources when instantiaing driver?

February 16, 2021
I have come across many articles which talk of carrying out security testing with selenium however I found it very cumbersome to set up such tests. This is what this tutorial is going to make easy for you. It cover. My next Security Testing and Selenium YouTube video covers following - Importance of having security testing on CI What is dynamic application security testing Recommended tools from https://owasp.org/www-community/Vulnerability_Scanning_Tools What is https://owasp.org/ ?   Using https://www.zaproxy.org/    Project setup  <dependency> <groupId> org.zaproxy </groupId> <artifactId> zap-clientapi </artifactId> <version> 1.9.0 </version> </dependency> <dependency> <groupId> org.zaproxy </groupId> <artifactId> zap </artifactId> <version> 2.10.0 </version> </dependency> Start ZAP daemom (headless) mode  ./zap.sh -daemon -host 127.0.0.1 -port 8080 -config api.addrs.a
Post a Comment
Read more

November 12, 2016
Since the advent of selenium there have been many plugin to test xPath / css selectors but you don’t need any of them if you have chrome browser. Using Chrome console you can test both xPath and css selectors. Launch website to be tested in chrome browser and hit F-12 and you would see chrome console opened in lower pane of application - Hit escape key and console would open another pane to write element locators - And now you can start writing xPath or css selectors in chrome console and test them - The syntax for writing css id - $$(“ ”) And hit the enter key. If your expression is right then html snippet of the application element corresponding to the css selector would be displayed - If you mouse over the html snippet in chrome console then it would highlight the corresponding element in application - If you want to clean console of previously written element selectors then just hit ctrl+L keys and chrome console would be empty again. Pro
Read more
Follow @tarun3kumar
Tarun K